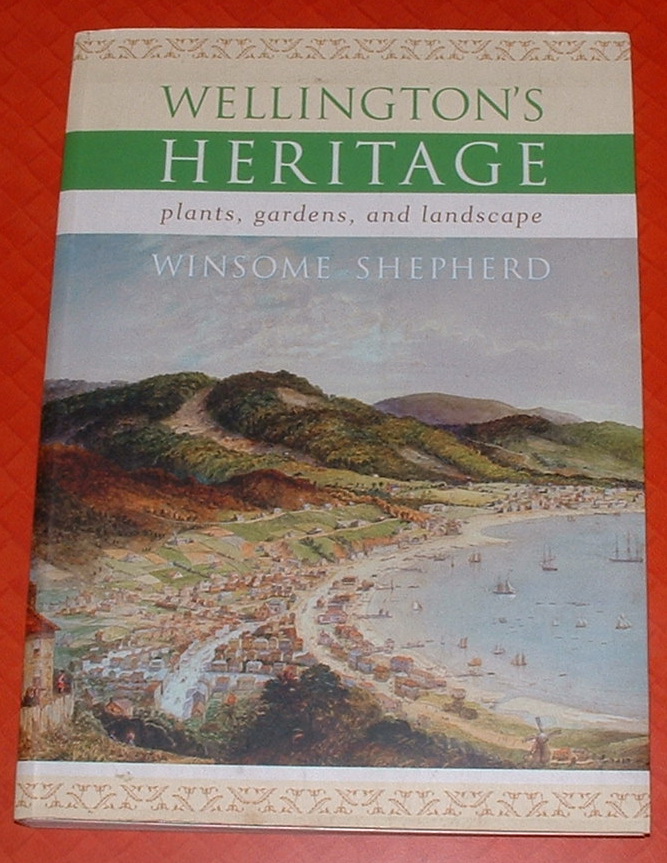 Some rubbing to edges of covers. Some specks of staining to final leaf.; 256 pages. Large format softcover book. French flaps. Page dimensions: 296 x 207mm. New Zealand history, Wellington, 19th-20th century. "When the first European settlers arrived on the beach at Petone in 1840, the land they expected to turn into a city was heavily forested and swampy. After several months, the New Zealand Company decided to develop some flat land at the far end of the harbour, now known as Thorndon, and the settlement of Wellington had begun. Plants and seeds were the most precious things the settlers brought with them. As soon as they could, they began to clear the land and plant. In November 1841, the first Horticultural Society was formed, and after ten days it had 103 members. The Society was seen as a way of bringing settlers and local M ori together, and a means to share seeds, plants, cuttings, produce and expertise. This book tells the story of the Wellington landscape, and its private and public gardens, from colonial times to the present. It looks in detail at key plantsmen and gardeners in the nineteenth century in Wellington and the Hutt Valley, gives a history of gardens of special interest and describes the development of the Botanic Gardens and the Town Belt. Wellington's distinctive wildflowers are also well illustrated." 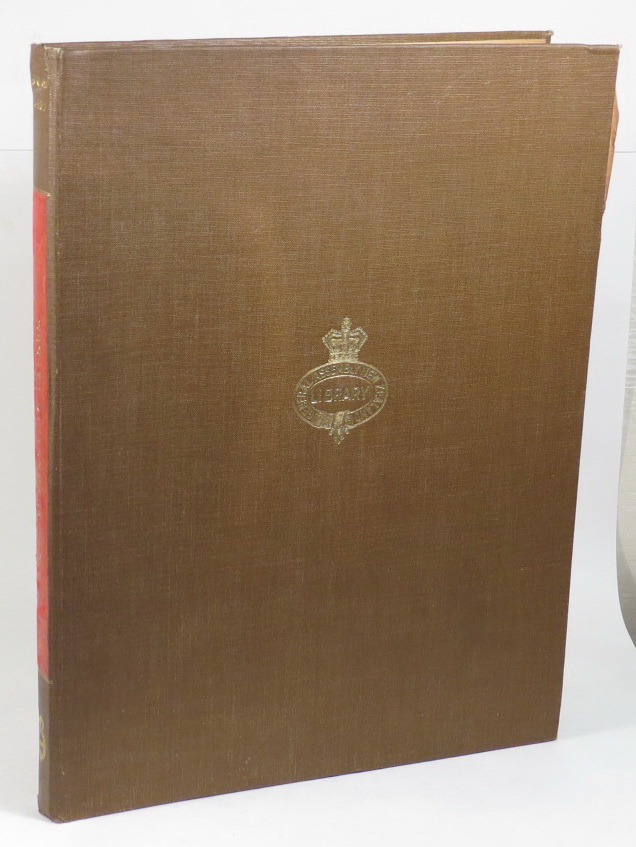 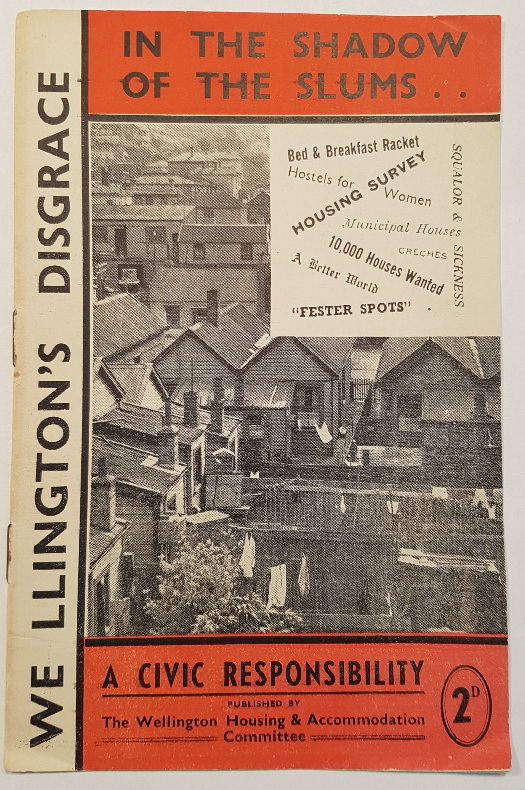 In the Shadow of the Slums. . . A Civic Responsibility - Wellington's Disgrace 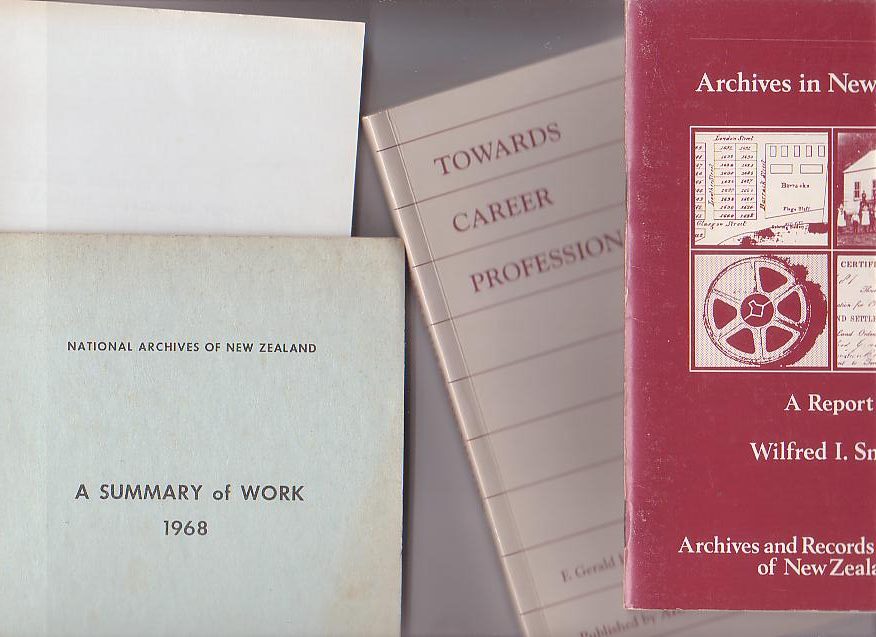 [Bundle of four items on Archives in New Zealand] 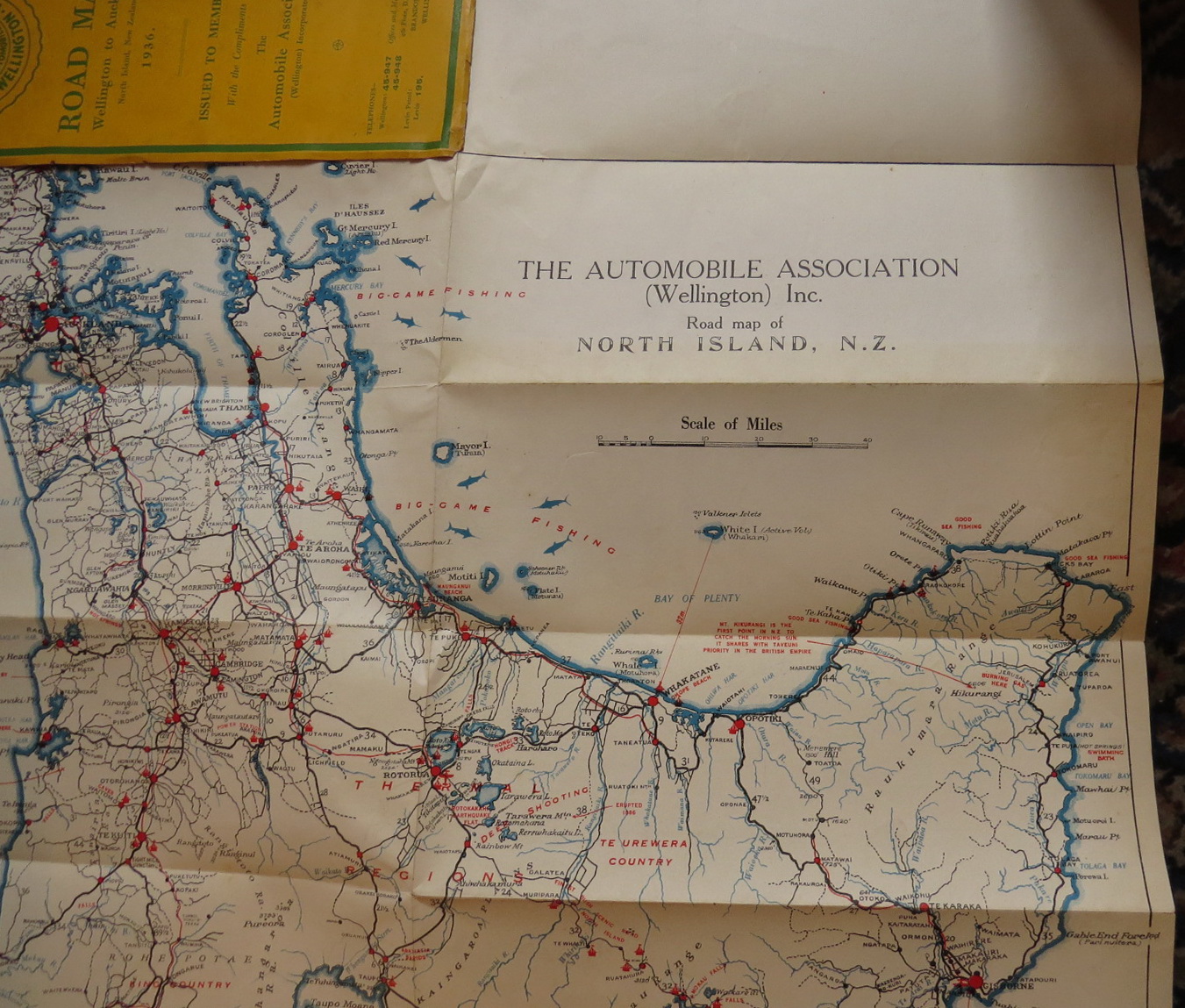 By: The Automobile Association (Wellington) 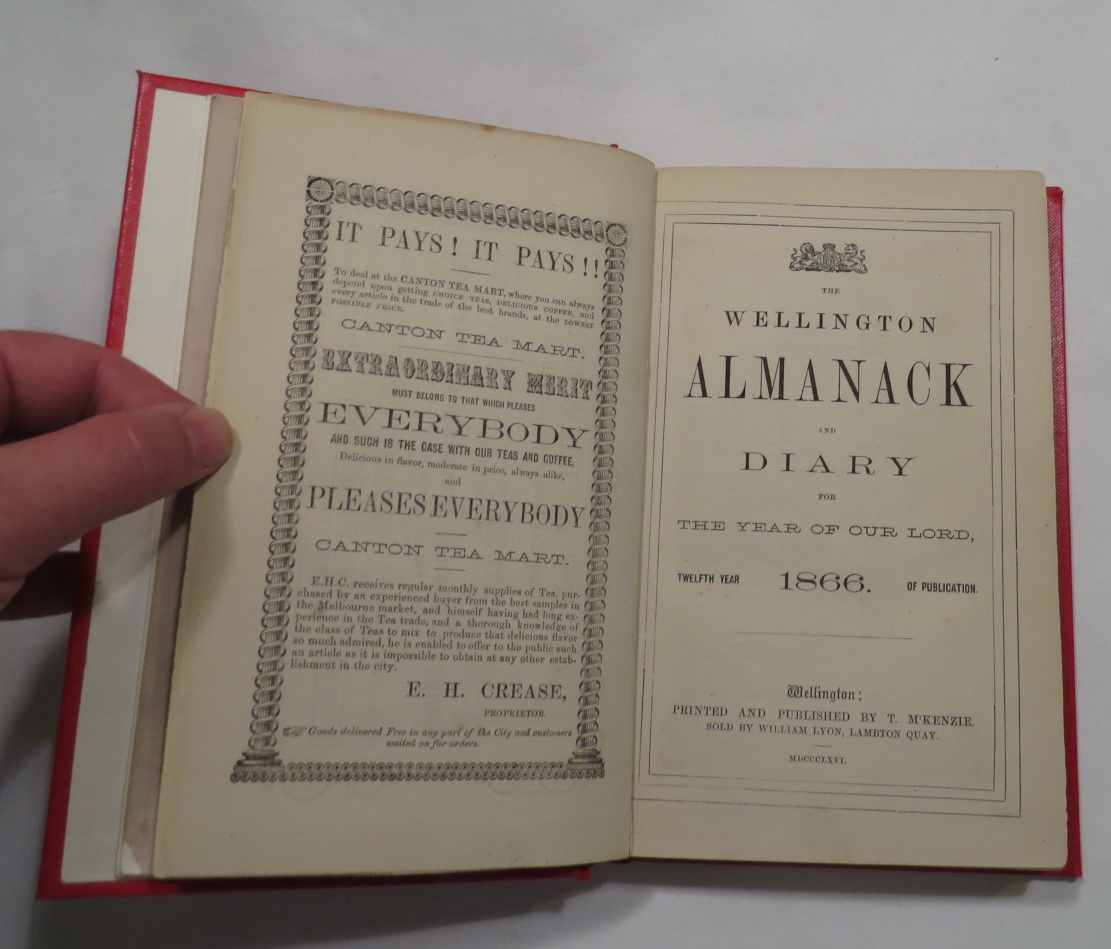 The Wellington Almanack and Diary for the Year of Our Lord 1866. Twelfth Year of Publication. 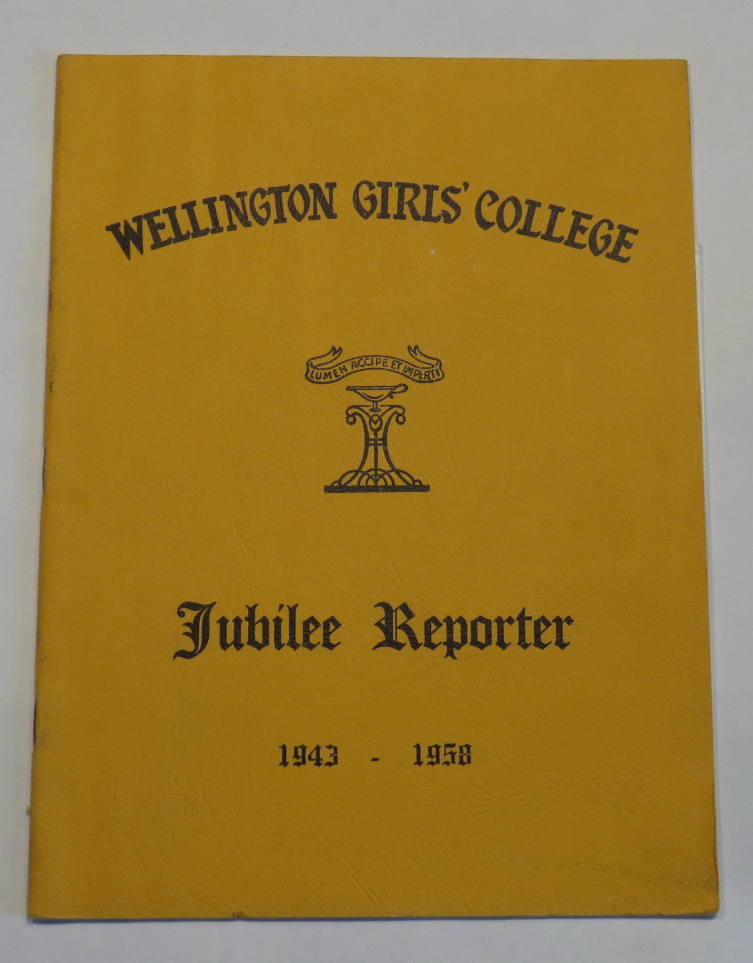 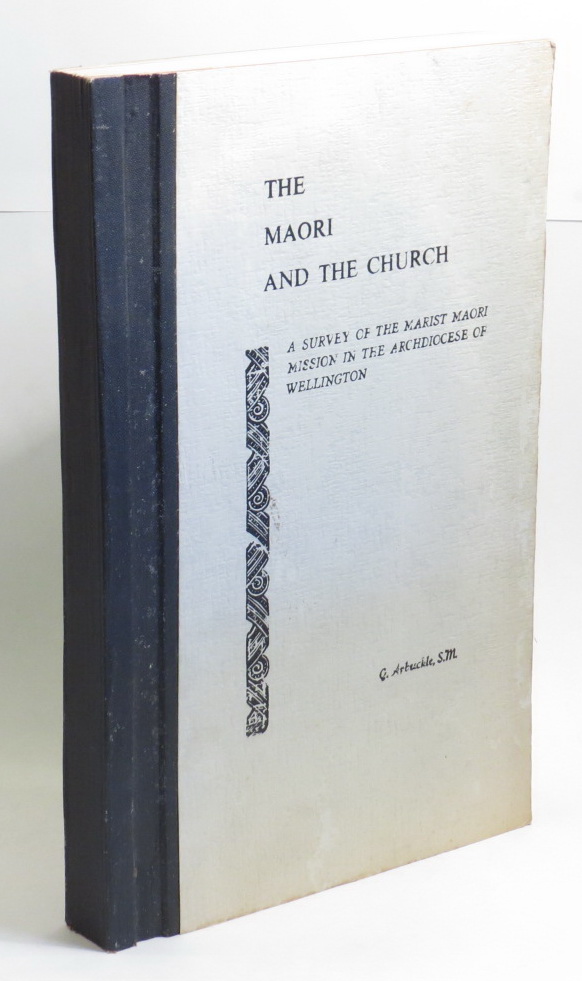 The Maori and the Church: A Survey of the Marist Maori Mission in the Archdiocese of Wellington