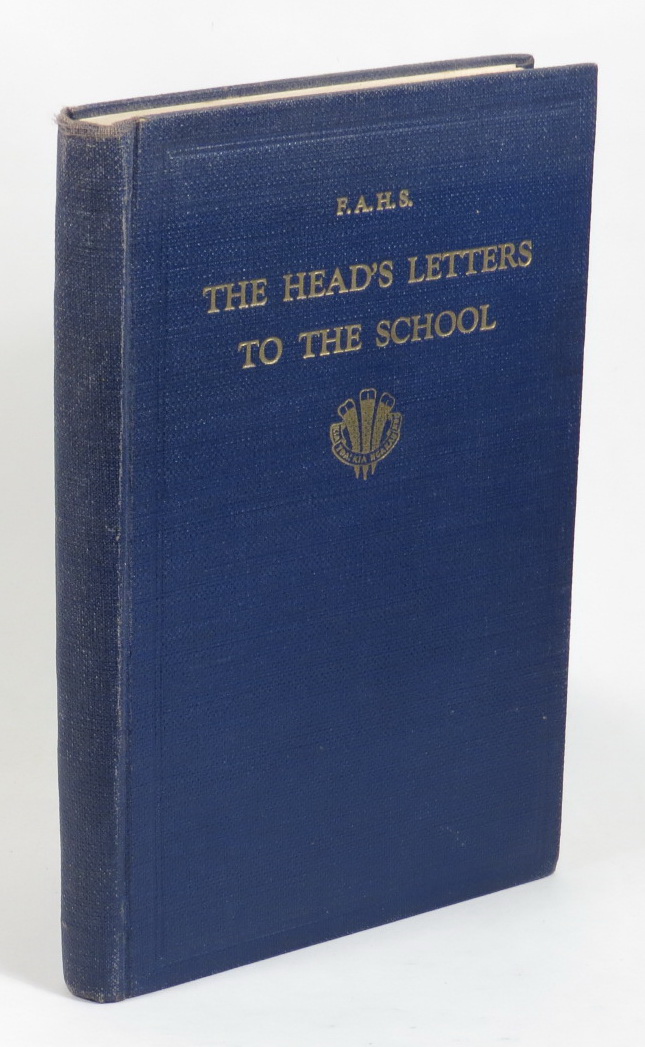 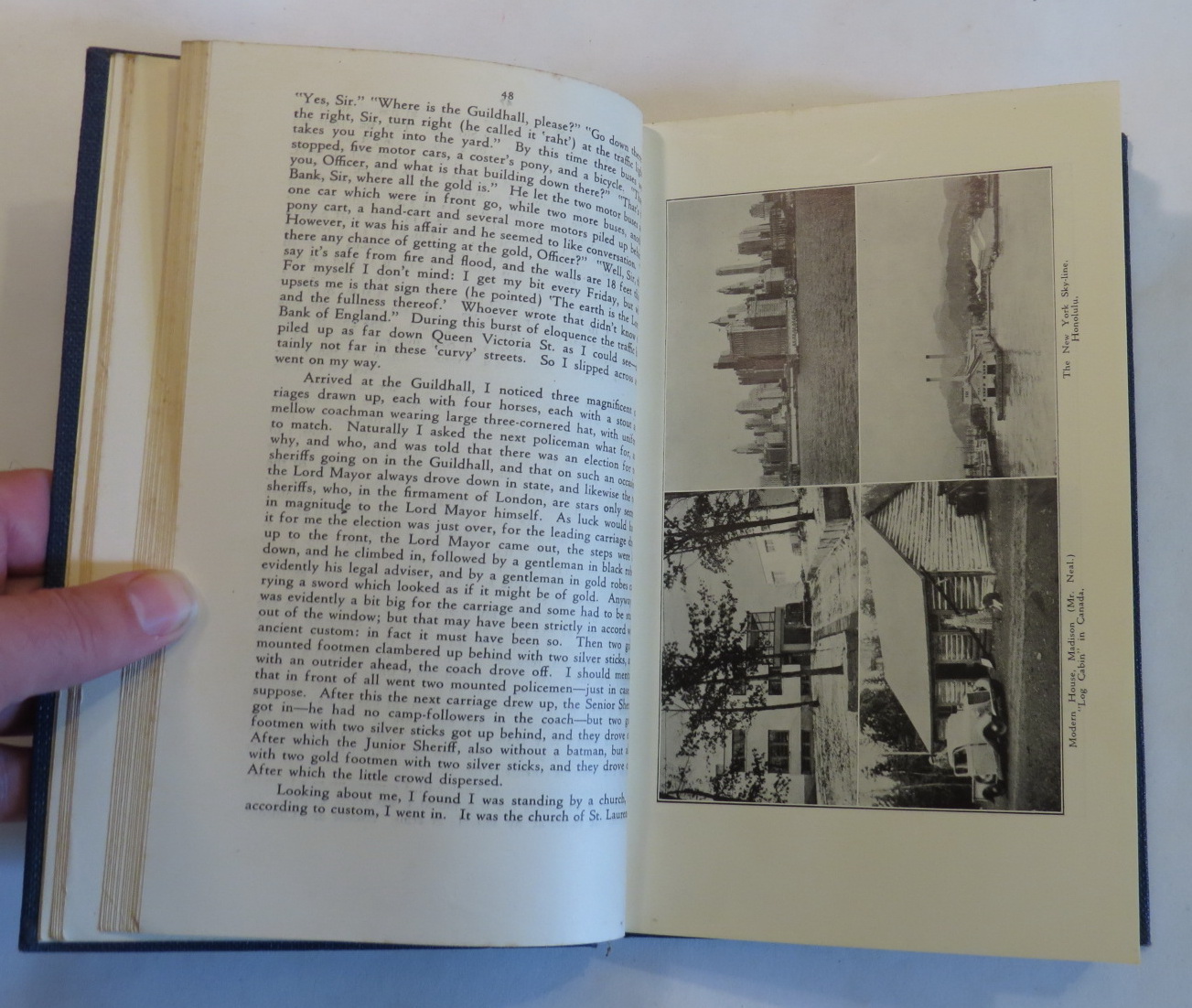 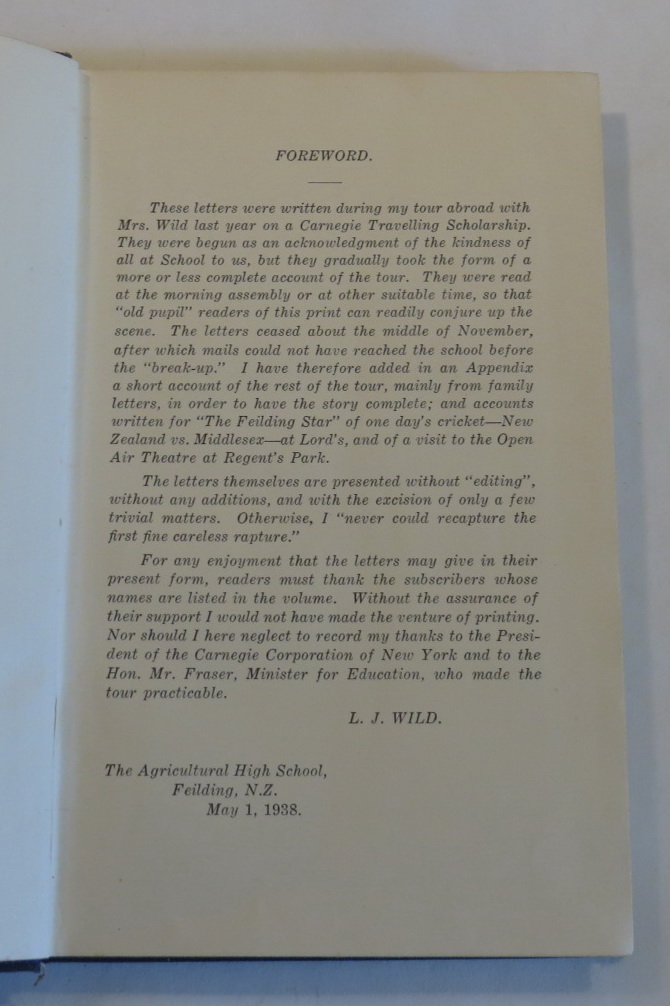 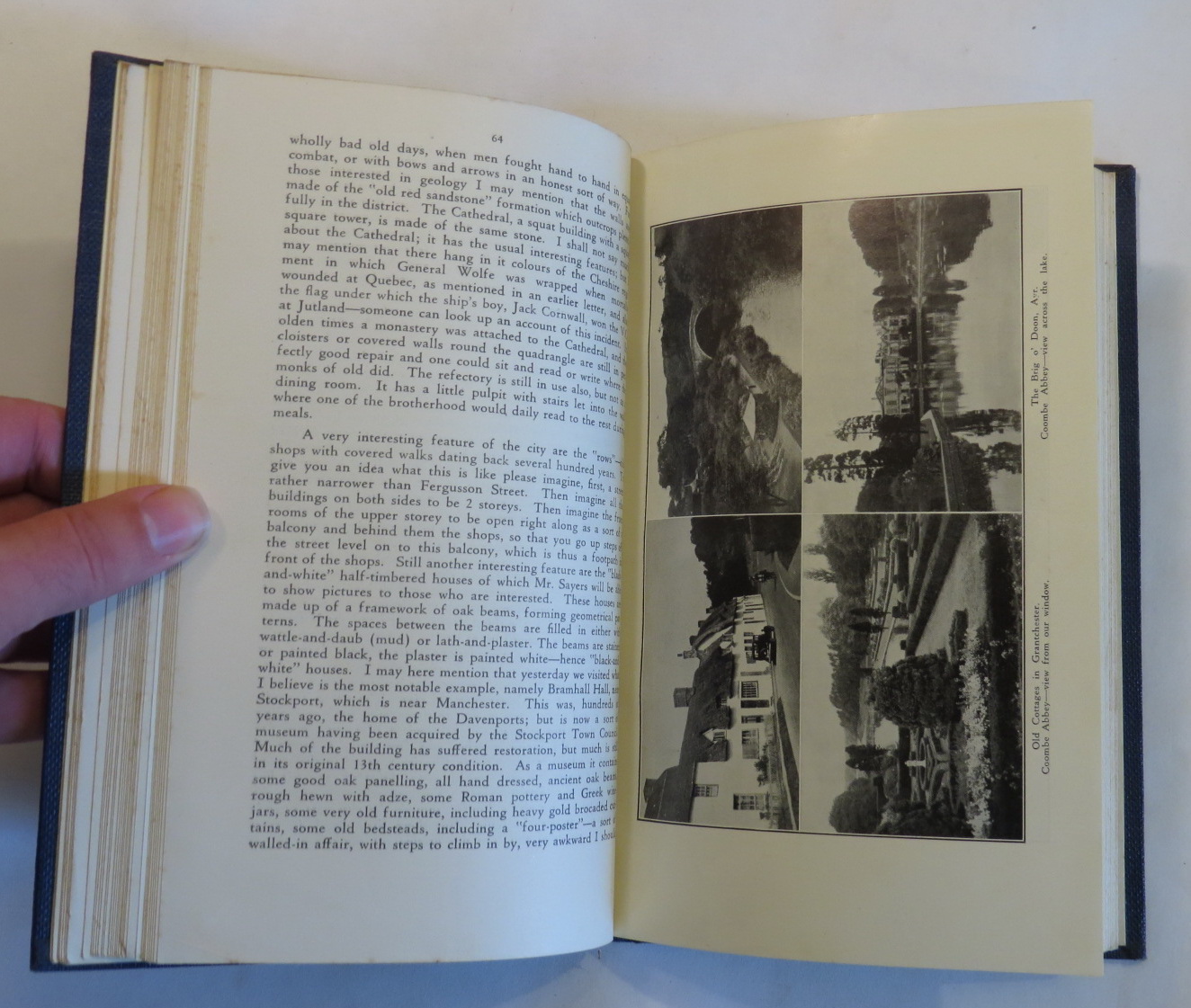 The Head's Letters to the School - From Canada, Great Britain, Norway, Sweden and U.S.A. 1937 (For Private Distribution)

Previous owner's signature dated 1938. Later owner's ex-libris label. Some foxing and wrinkles to endpapers. Some rubbing to cloth at ends of spine. ; This copy signed by the author on front endpaper, "L. J. Wild.", with a rubber-stamped ink number "189". 171, [1] pages + 40 illustrations on 5 plate leaves. Blue cloth boards with gilt lettering and emblem on front board. Page dimensions: 213 x 134mm. At head of title is printed the name of the Head's school - "The Agricultural High School - Fielding, N.Z.". "These letters were written during my tour abroad with Mrs. Wild last year on a Carnegie Travelling Scholarship." - from the Foreword. The letters describe the places visited during this 1937 world trip, which included visits to agricultural schools as well as the more customary visitor attractions. "The ship called in at Queenstown [Ireland] on Sunday afternoon where, from a tender, we collected an assortment of Irish Amurri-cans who had been on a holiday in the 'Ould Counthry.' On Monday we picked up still more at Galway, a port on the west of Ireland. These people speak Holllywood American with overtones of Irish brogue. You could not exactly cut it with a knife, but on the other hand it hacks through the other shipboard sounds like a blunt meat-axe [. . .]" - page 143. "The New York policeman differs from his London counterpart, among whom, as you remember, I have many friends. The 'cop' here carries a gun and uses it. Just outside here, the other day, so I'm told, a motorist over ran the traffic signal. The cop called 'Sthop, will yez'. The motorist was slow to stop - so 'ping' he got a bullet in the arm. [. . .] Went to Radio City and the Rockefeller Centre this afternoon, returning via Broadway, the Great White Way. Listening to Grace Moore on the radio to-night" - page 149. [Bibliographical reference: Bagnall W1176 (plate leaves not noted in Bagnall).] ;

Title: The Head's Letters to the School - From Canada, Great Britain, Norway, Sweden and U.S.A. 1937 (For Private Distribution)

The Head's Letters to the School - From Canada, Great Britain, Norway, Sweden and U.S.A. 1937 (For Private Distribution)