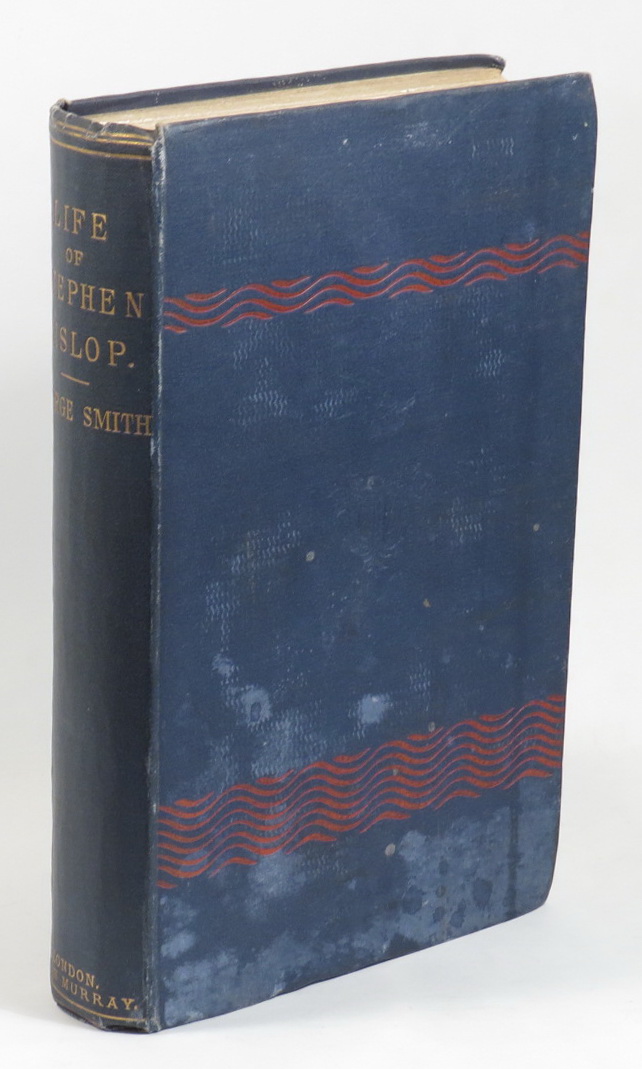 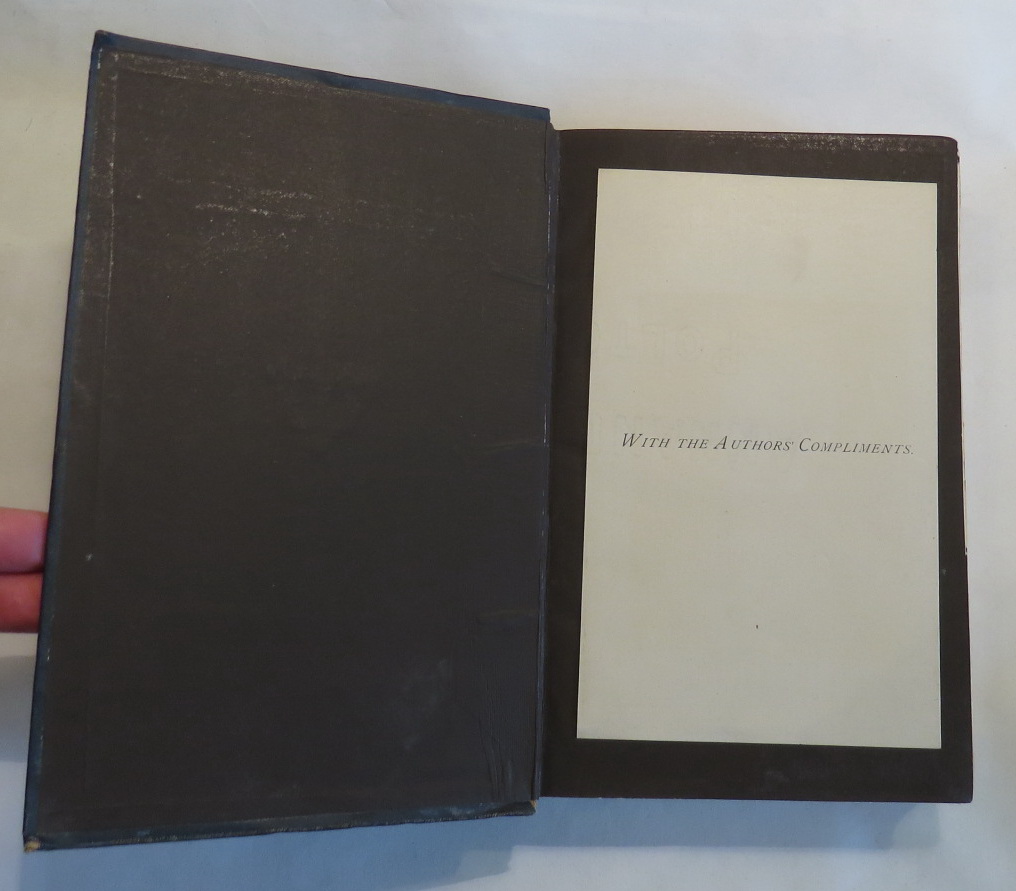 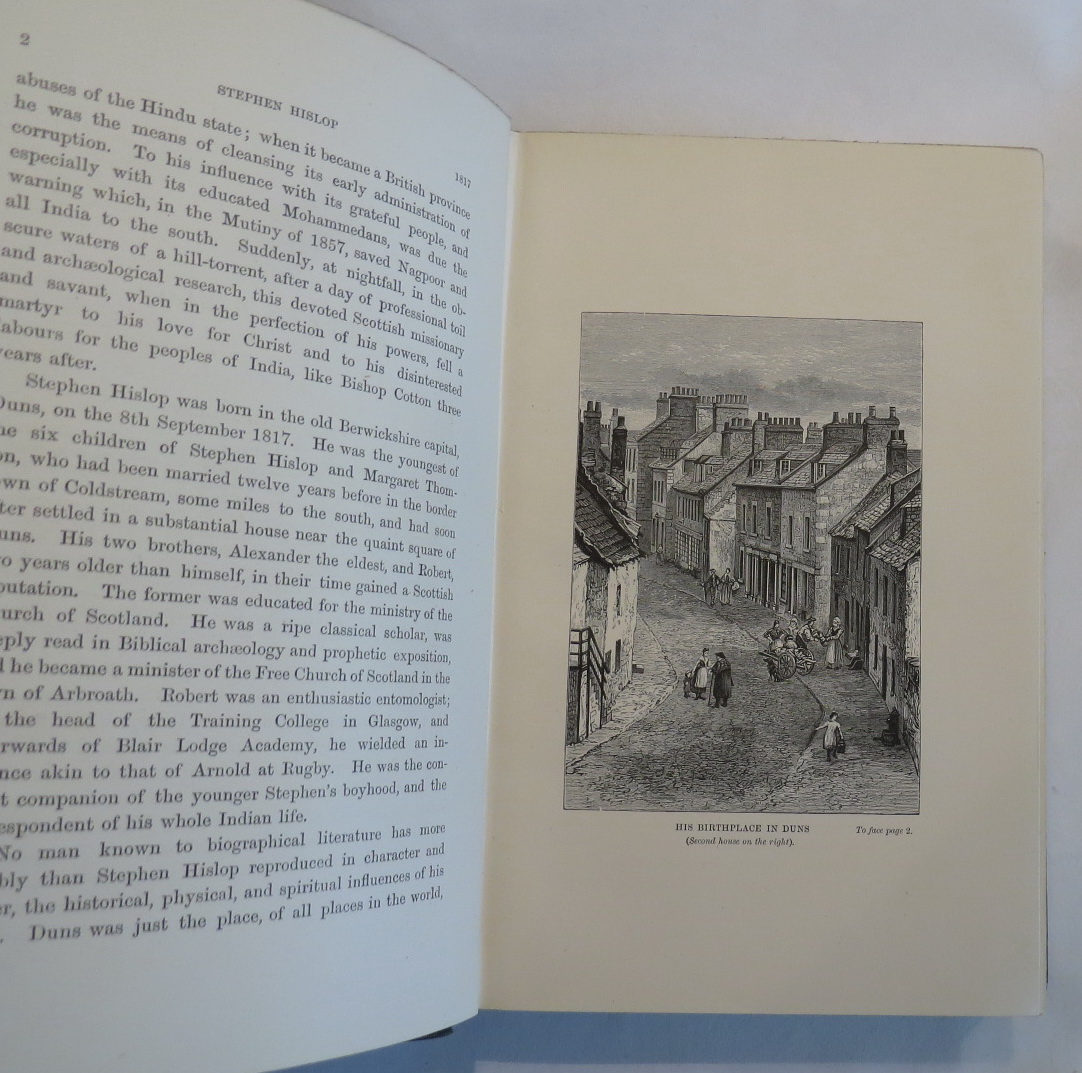 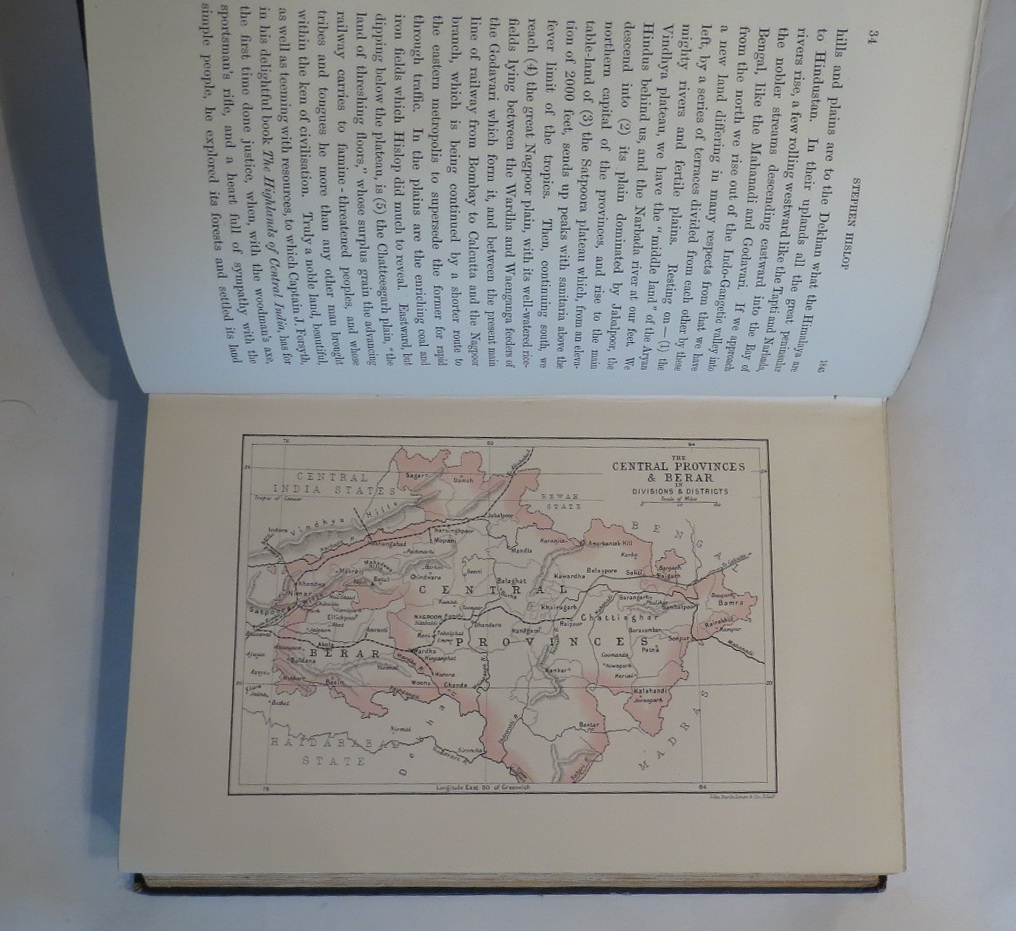 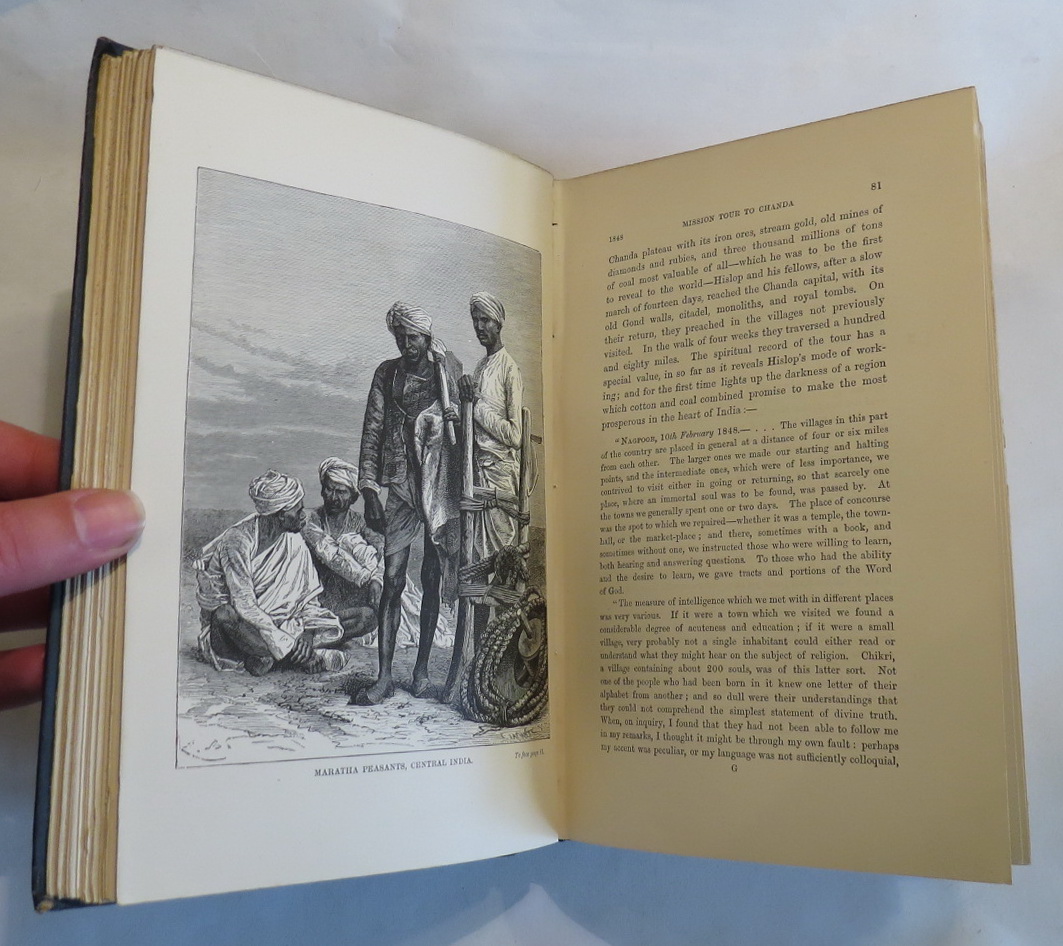 Moderate old dampstains to cloth boards. Internally very good. Leaves unopened at upper edges. Loosely included is a printed "With The Authors' [sic] Compliments" slip, on wove paper watermarked "Annand Polt[-]". ; x, [2], 386, [2] pages + 32 pages advertisements + portrait frontispiece + 6 plates + 1 map. 4 in-text illustrations. Blue cloth boards with gilt lettering and rule on spine. Red wavey line decoration on front board. The map is titled "The Central Provinces and Behar in Divisions & Districts". The map has pink colouring to the borders of the provinces and districts. Contents: Early Environment; The Narpoor Land and Peoples; Founding the Nagpoor Mission; Toleration, British and Maratha - A Mission in a Hindu State; The Maratha State becoming a British Province; The Mutiny Year - Nagpoor Saved by the Missionary; The Missionary among the Children of the Hills - Gond Ethnology and Archaeology; An Anglo-Indian Naturalist; A Scots Missionary on Sick Leave; A Reformer of the Civil Administration; "God Took Him"; Appendix - I. The Caes of Natha Singh, Sikh Convert to Christ; II. A Model Missionary Address; Index. Illustrations: Stephen Hislop at Twenty-Seven; His Birthplace in Duns; Map of the Central Provinces and Behar; Stephen Hislop's Mission Bungalow; Maratha Peasants, Central India; Palanquin Travelling (as it was) in India; Rev. Baba Pandurang and his Wife; The Hislop Missionary College; The Gonds of Central India; Sitabaldi Hill; Native Christian Mission House; Bhandara Mission Hall. 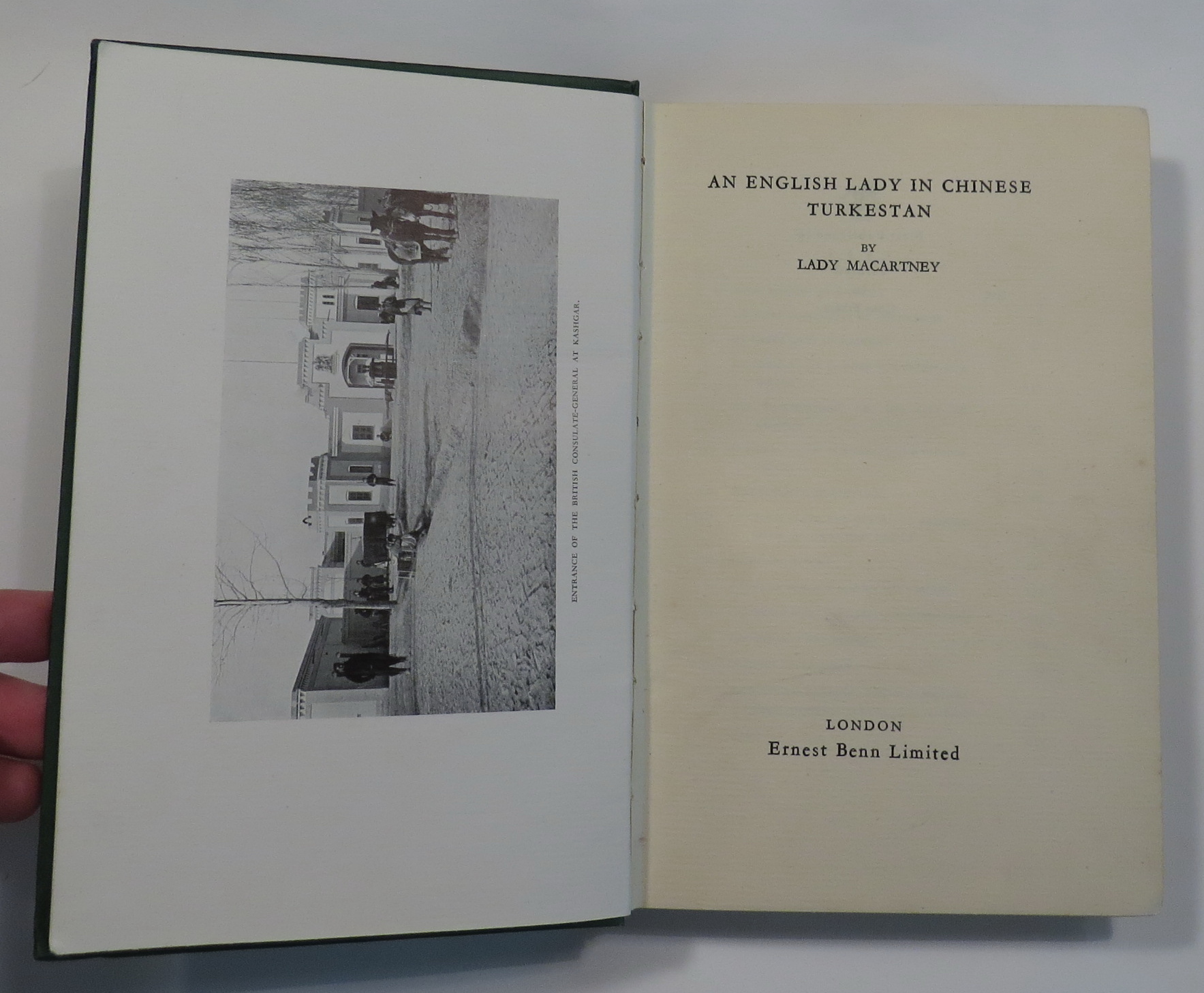 An English Lady in Chinese Turkestan

Central Otago: a Symposium to Mark the Centenary of the 'golden Decade' of the 1860s in Central Otago 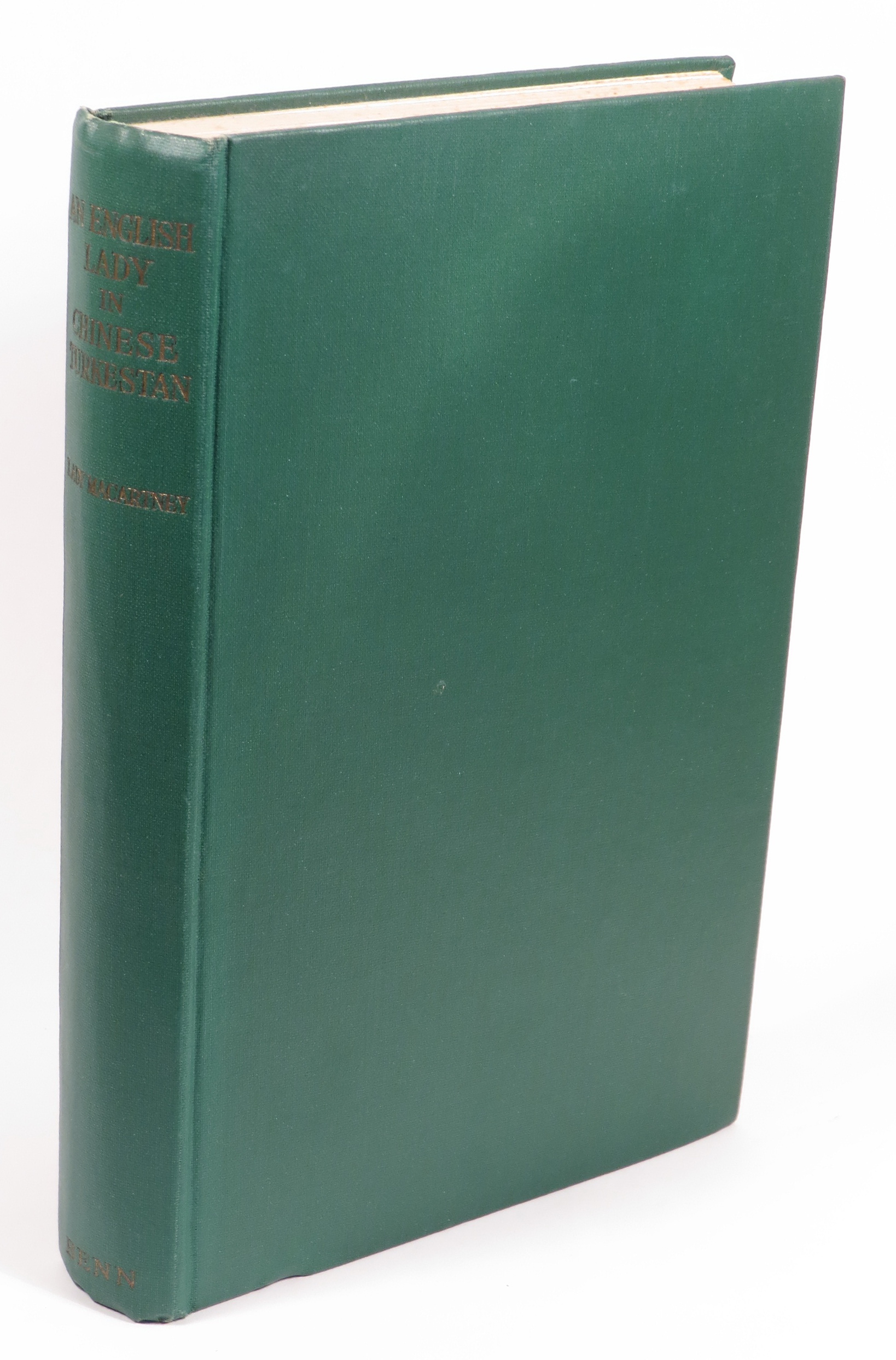 An English Lady in Chinese Turkestan 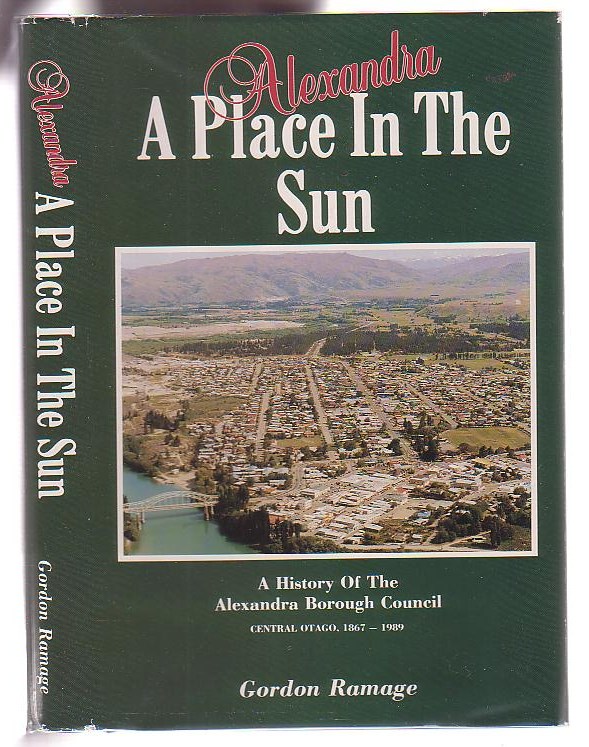 Alexandra A Place in the Sun: A History of the Alexandra Borough Council Central Otago 1867-1989 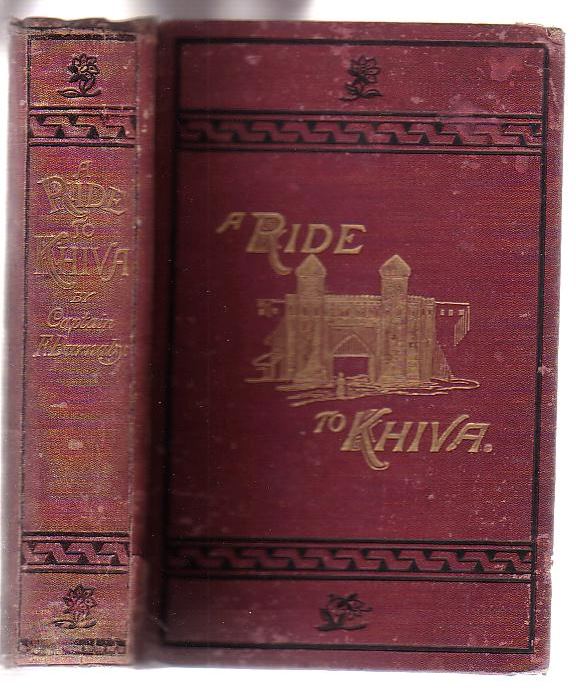 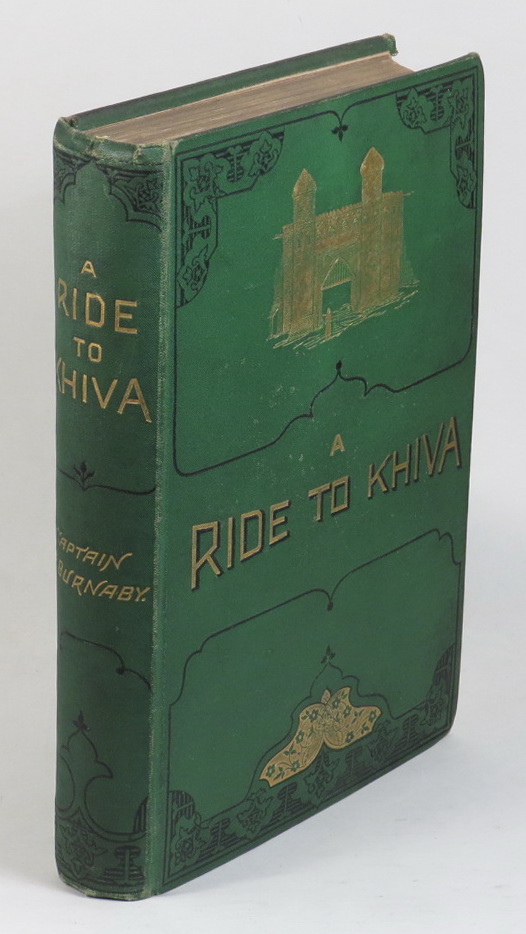 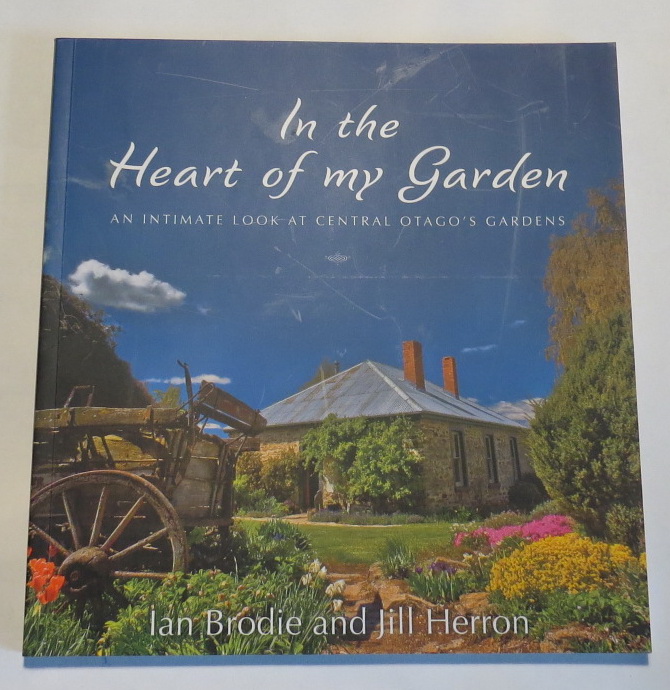 In the Heart of My Garden: An Intimate Look at Central Otago's Gardens 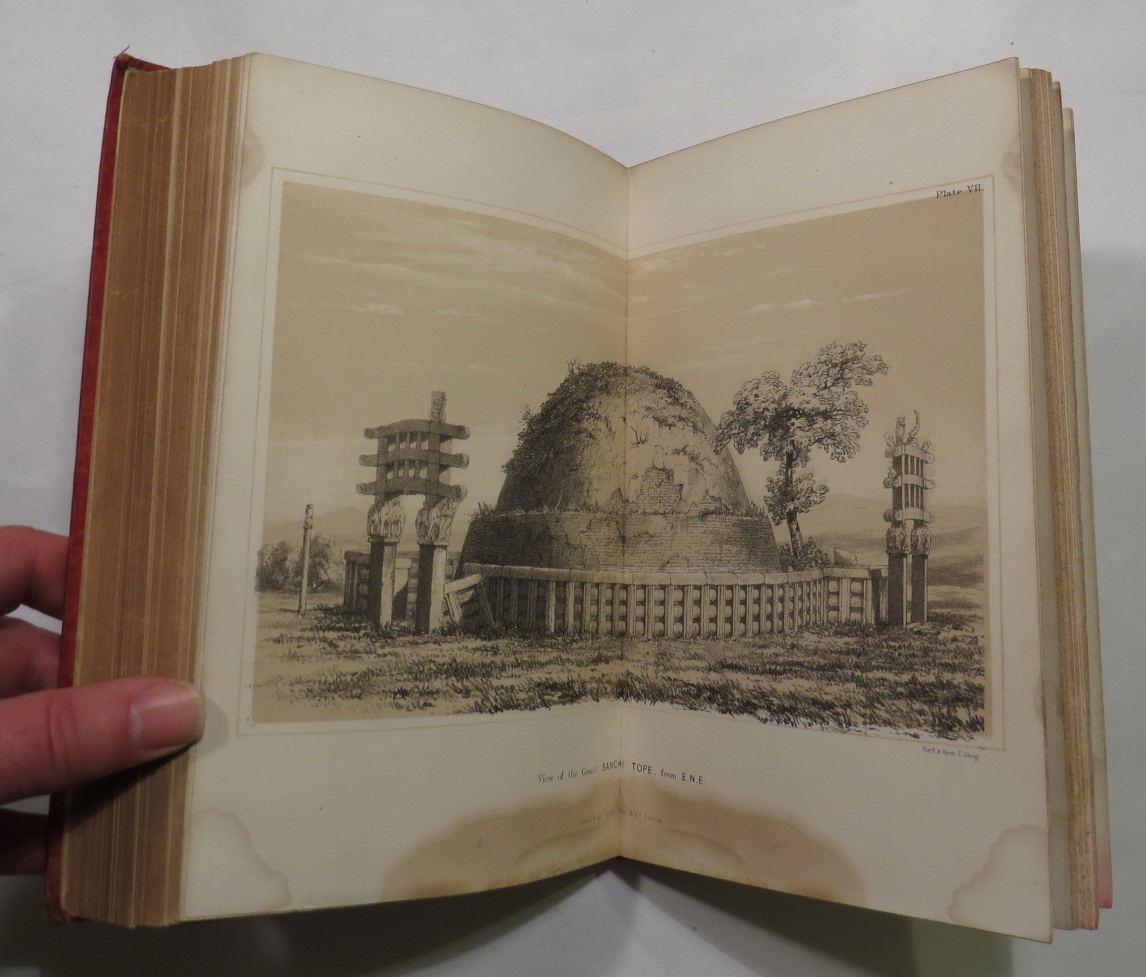 The Bhilsa Topes; Or, Buddhist Monuments of Central India: Comprising A Brief HIstorical Sketch of the Rise, Progress, and Decline of Buddhism; with an account of the Opening and Examination of the Various Groups of Topes Around Bhilsa